Everything You Need to Know About Google Algorithm Updates

Every business operating online today, in countries where Google reigns supreme, works with Google algorithms -- fitting into the requirements set out by the search engine superpower to win favour and rank highly in search engine results pages (SERPs).

These algorithms are the complex systems which help Google to retrieve data and instantly deliver users the most relevant possible results for their query.

On the one hand, these algorithms are essential. They are the foundation of Google. Necessary for the platform to function in the way that it does.

On the other hand, they can be the bane of an online marketers existence. Favouring your content one day and then ranking you poorly the next.

In fact, that is probably a feeling you've had lately.

If it sounds like you, it is probably thanks to the March 2019 Core Update and the Google Broad Core Algorithm Update which officially came out in June.

With these updates causing quite a bit of concern and impacting the rankings of some businesses, we wanted to take the opportunity to provide you with everything you need to know about Google algorithm updates; what they are, how they impact your business and what the latest March and Google broad core updates mean.

What is the Google Algorithm

As touched on above, Google's algorithm is the foundation on which Google operates. This complex system is designed to retrieve data (content from webpages) from its search index, which it then offers to users, ranking them based on which data sources are most relevant to the query - as determined by its algorithms.

Many algorithms and numerous ranking signals go into the overall algorithm, which determines the results of the search engine results pages (SERPs).

Why Does Google Release Algorithm Updates

As you would suspect, Google updates these algorithms to ensure that they are continually meeting the high standards and the best service that the company has for delivering to its users -- offering them the most relevant results for their queries.

Many years ago, these updates were sporadic and far less frequent. Today, however, Google makes thousands of changes each year. Many which are too small to notice. But every now and again, some come through that are so major they dramatically change the SERP results.

How Do Google Algorithm Updates Impact Your Business?

While it may feel like these changes are an evil ploy to make life more difficult, the focus for Google is always about providing the best experience for their users. Algorithm changes always work to favour the content that is most relevant for the users. End of story.

Yes, it can be challenging to live up to the high standards -- made ever higher as technology and digital tools improve -- but this is usually good news for businesses that care about their readers and customers. With every update, comes an indicator of how to better answer the questions and satisfy the needs of your audience.

While updates usually mean a few reviews and changes, businesses that are already working on producing high-quality content are going to be just fine. 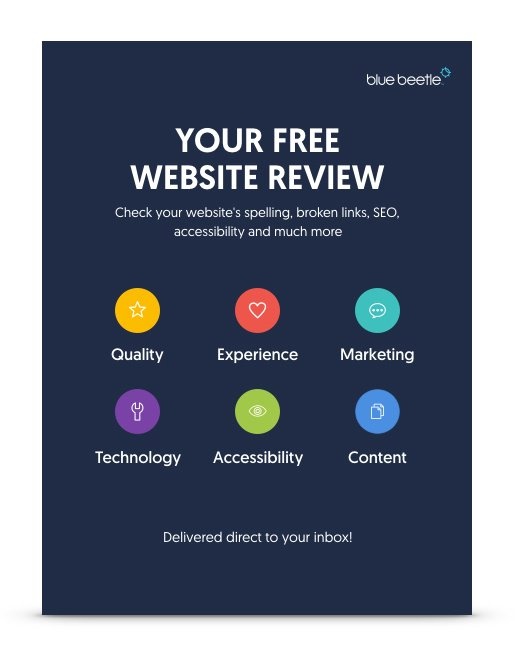 Here is what Google had to say when making the announcement:

“Each day, Google usually releases one or more changes designed to improve our results. Some are focused around specific improvements. Some are broad changes. Last week, we released a broad core algorithm update. We do these routinely several times per year….”

What is a Google Broad Core Algorithm Update?

When researching the latest Google Broad Core Algorithm Update online, there is a lot of confusing information from the industry speculating and discrediting various theories about what is actually involved in the update. Here we will avoid going into speculations and instead stick to what is known:

How to Bounce Back from a Ranking Drop

We know that the top-ranking pages on Google's SERPs are the pages that users most want to see. So sites that lost their rankings need to review their site and work on adjustments or strategies for the future to make sure they are, in fact, what users will want to see.

If your content does not clearly answer the queries of users, then it needs to be re-written to provide more useful information.

While Google's algorithms are pretty good at working out what information holds answers to queries, it pays to answer them directly, so there is absolutely no possible way that your site can be overlooked.

If you're talking about where to stay in Dubai, stay on this topic. Make sure that Google's algorithms cannot confuse your content and favour someone else's that is more clearly on topic.

At the end of the day, it's best to try and think of Google algorithm updates as a guide to keep you creating the most relevant and value-driven content for your readers and customers.

Businesses that care about their audience and want to offer the best information will be the businesses that stand the test of time as Google continues with its continuous updates.

If you need help in this department, why not reach out to us. We live and breath everything Google 😊

How to Personalise your Marketing Communication

5 Ingredients for a Terrible App

How Hospitality Brands can Crush Marketing Even in Tough Times