Commencing on the 13th of January, Google began rolling out its Google January 2020 Core Update. Updates which are completed fairly regularly to ensure that incremental improvements are being made to the search engine.

These changes, of course, are often met with mixed emotions. Changes to algorithms and rules can, in some cases, mean changes in site performance, and this Google January 2020 Core Update is said to have been a significant one, which could impact a number of sites in the UAE.

As the rollout was mostly complete by the 16th of January, more information is beginning to arise on just what the impacts are likely to be for companies in the region.

We welcome you to the Blue Beetle guide on how the Google January 2020 Core Update is affecting UAE websites, as well as what you can do to stay in the top position.

What is the Google January 2020 Core Update?

The January 2020 Core Update is a classic "broad core update", which means that it will impact all search results on a global scale. There is no specific focus, like "algorithm update" (which we saw most recently), and it's not specific to a region, language, or category of websites.

“One way to think of how a core update operates is to imagine you made a list of the top 100 movies in 2015. A few years later in 2019, you refresh the list. It’s going to naturally change. Some new and wonderful movies that never existed before will now be candidates for inclusion. You might also reassess some films and realise they deserved a higher place on the list than they had before.”

What we can take away from this analogy is that rankings are going to change for sites in the UAE. It's only natural that, when considering some new factors, adjustments will need to be made.

We advise keeping a close eye on them over the coming weeks to see how you fare.

How this will impact each site can be different. Perhaps you're a site that, after this change, is bumped up the SERP, or maybe you may be bumped down. Just bear in mind that all industries have been affected, some slightly more than others -- such as the Your Money, Your Life (YMYL) domains, which have been hit the hardest.

All in all, though, despite this update being a pervasive one with impacts seen in all industries, the figures are also showing that fluctuations are less drastic than in previous updates.

"Why is there less fluctuation", you ask?

Well, as Google is improving their algorithms, they are also proving that they have a relatively clear idea of what factors are essential to providing the best search results. As such, updates are mostly just minor course corrections, rather than drastic route changes.

No one wants to be down ranked, even if you can accept that other sites are perhaps deserving of having received an increase. So here is how you can work to get back in top position.

If you notice that your site has been downranked, the first thing you should do is keep an eye, over a few weeks, to see who is outranking you and learn everything you can about that business and why it is performing so well. Google won't give you the answers on how to work the new algorithm updates; you will need to assess this for yourself (or through the use of a specialist digital agency in Dubai).

With the comparison in mind, look at where the higher-ranking sites may be beating you and make a plan on how to compete. This may mean improving your existing content or taking a different strategy to win rankings where they aren't doing so well. Look at which keywords they use, how they rank on these, and if they rank in the Google Featured Snippets.

Armed with your competitor analysis, make a plan for an ongoing strategy on how to work within the new algorithm update to ensure that you win the SEO game. Continue researching what others are doing, not just your competitors but those who have faired well in the new update.

Perhaps focussing on the top spot doesn't need to mean focusing on number one. Position 0, or the Google Featured Snippet position is currently the best real estate on the SERP. Ranking here should be equally, if not more important as ranking number one.

Get your FREE SEO Audit! 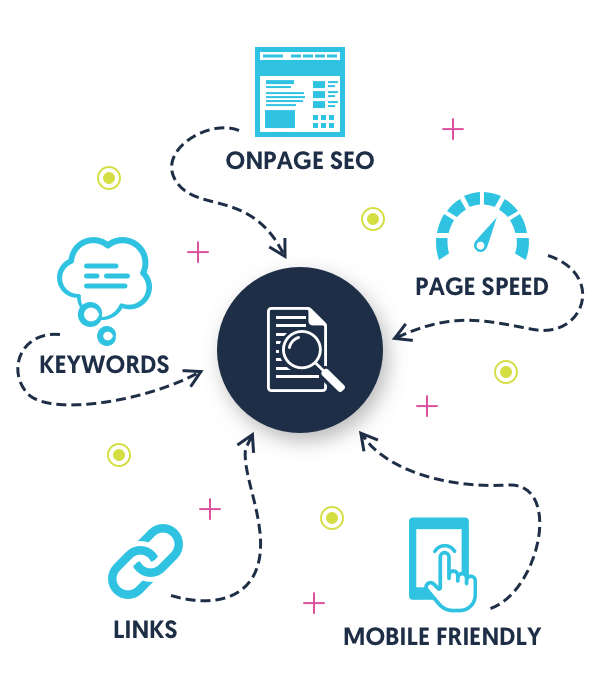 5 Ingredients for a Terrible App

How to Personalise your Marketing (and Why You Need To)

Mobile-First Indexing Postponed: Take this Opportunity to Optimise Your Website